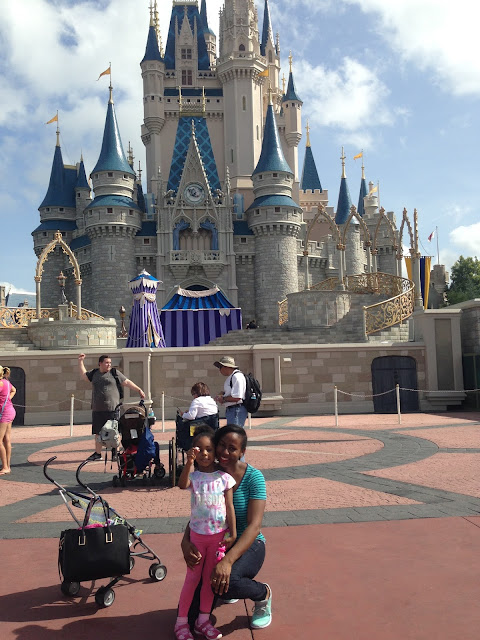 I remember always wanting to go to Walt DisneyWorld, Florida. I would sometimes get information here and there, always wondering what it would be like to take my daughter on a trip. So I finally did, as they say at Disney, "Dreams Do Come True". My daughter was on cloud nine the entire day. I don’t think there was any better moment than this. I was in town in Miramar, Florida to see my sister and then I booked a rental car for the weekend and drove down to Orlando, it was about 4 hours drive to Orlando. A family friend of mine who had worked at the Westgate Vacation Villas Resort & Spa at Kissimmee Florida helped me get a great discount for two nights. When we got there we discovered it was an apartment lodge and there was a water park there, it was just another added bonus to this trip. We had dinner at a restaurant in the shopping area of the Westgate apartments; the excitement was building up for the next days adventure. 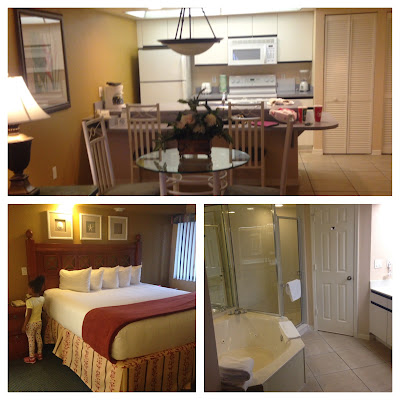 A few days before, I had booked the Hollywood Studios theme park for us to go see but then I did my research and decided that the Magic Kingdom would be preferable for my daughter’s age range since she’s very much a Princess. The drive down from the hotel to the park the next day just took about 15 minutes and then it all began. There was parking for villains and heroes, we parked over at heroes of course and then hopped on the trains heading towards the ticket area.

Tip: Get on the villains train to and from the park because it’s always less busy since everyone wants to be a hero. Everything seemed to move faster there. We tried that on our second trip, it was like a magic trick.

Tip: You can change your mind at the gate for your choice of theme parks. I switched my Hollywood studios ticket at the ticket desk of Magic Kingdom and off we went to the next stop.

We got on a ferry to cross the river towards the Magic Kingdom, I can’t begin to explain what the view was like, took my breath away. Every bit of what I was excited for was fulfilled that moment, I could basically go back now :). The ferry took about 15 minutes to get us across and then we made it, let the fun begin.


I had our itinerary planned out on the Disney app I downloaded online. My daughter’s a huge fan of Minnie so we waited in line to see her at the entrance, it was time for Minnie to head to her stage performance so we walked over to get a good space for the show. Once Minnie and Mickey were on stage, they lit up my daughter’s day. They performed and had the other royal princesses on stage with them.

Part of our itinerary for the day was to see Anna and Elsa from Frozen, which was another highlight. The wait to see these princesses took an hour. I couldn’t believe how they literally knocked the other princesses out of the water totally dominating that castle. My little princess was over the moon for this, it was just such a great experience seeing how excited she was. 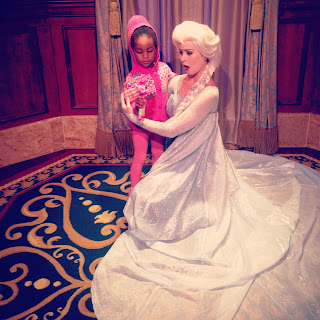 Tip: To get faster access for lines, definitely use the Disney fast pass on the Disney app, will save you good time 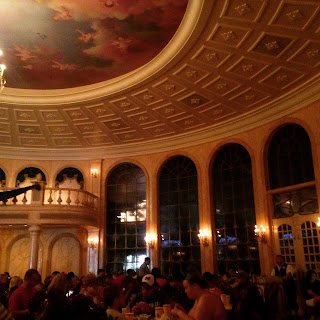 We later had lunch at the Beauty and the Beast restaurant called “Be our Guest”. It took me the whole week to get a space at this place since it was all booked but I kept calling in and someone luckily cancelled and saved a space for my crew.


We enjoyed lunch there and toured the rooms from the Cartoon then afterwards we head to Main Street for the afternoon parade. After that we went back to the hotel to get some rest for the evening’s parade and fireworks. Words cannot express, only videos can give a glimpse to the fun or better yet, dream a little dream, save a little for this vacation and I promise you your kids will do what you say for the next month as pay back for this trip.