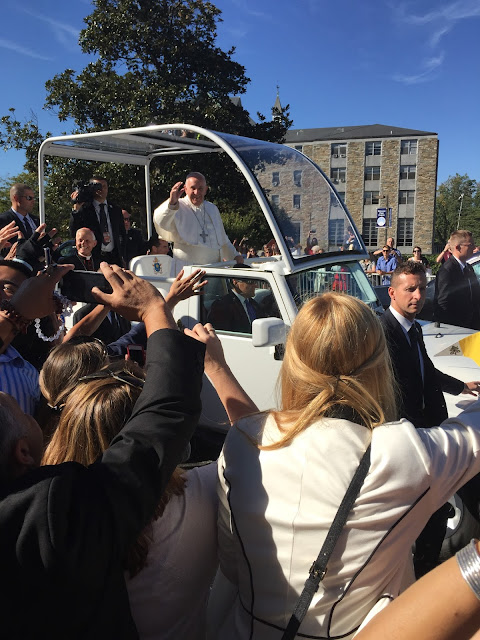 The thought of seeing a Pope just seemed like an experience someone else would share. I never really imagined that I would get to see a Pope but like I always say, there is so much too see in DC. I heard the Pope was coming in to town so it was top priority for me to get tickets to the mass. A few weeks before his arrival, I received an email from school saying there were standing tickets available for students who wanted to attend the Mass at the Basilica of the National Shrine of the Immaculate Conception here in DC. I immediately made inquiries. I mean, who wouldnt want free tickets to see the Pope? This was one experience I just couldn't miss. So I picked up my ticket about two weeks later and began counting down to the day. 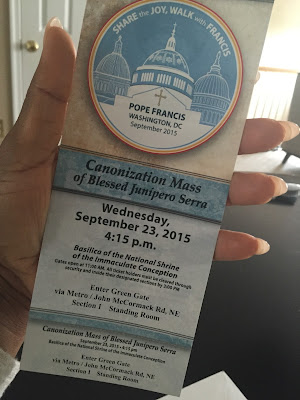 The day had finally come, I got to the Metro that morning and it was just so peaceful. A lot of people I guess decided to work from home leaving the trains easily accessible. I jumped on the red line to Brookland CUA, met a few nice people on the train who were heading to the White House to get a glimpse of the Pope. The excitement to see the Pope put smiles on faces everywhere I turned that day. I literally met this lovely lady and her friends on the train, who smiles on the train right? We did :). 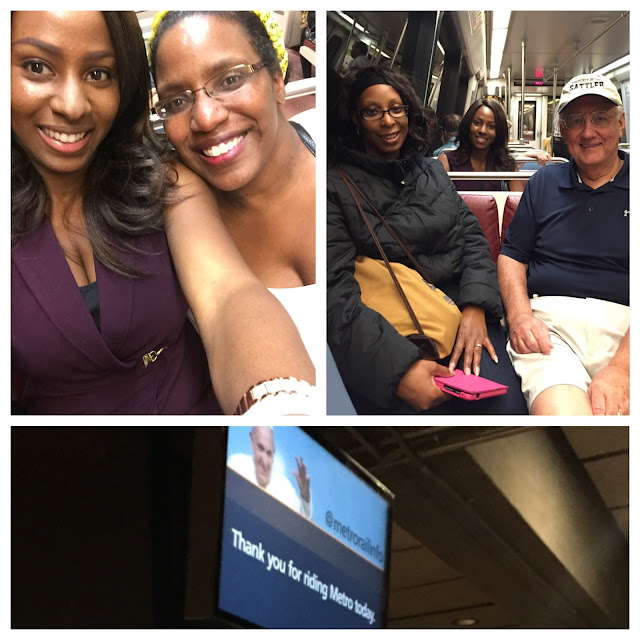 Once I got there, I walked down to the Catholic University Campus and got in line at the green gate. 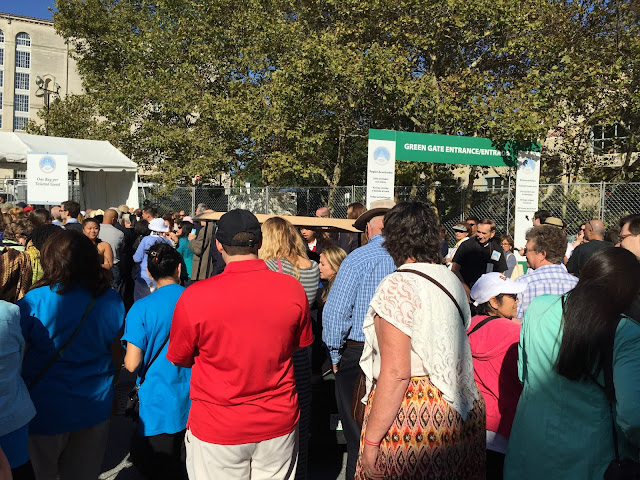 The excitement got everyone buzzing, I got interviewed by the EWTN network, it was a great start to my day. A friend of mine met up with me at the entrance and we proceeded past the gates. 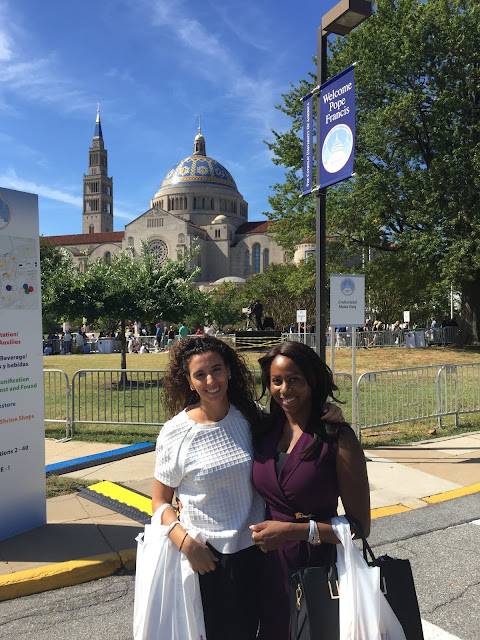 In pic: Gigi and I

Everything was well organized. All guests were handed plastic bags with more details for the mass. There were snack stands on the campus grounds selling goodies at affordable rates. 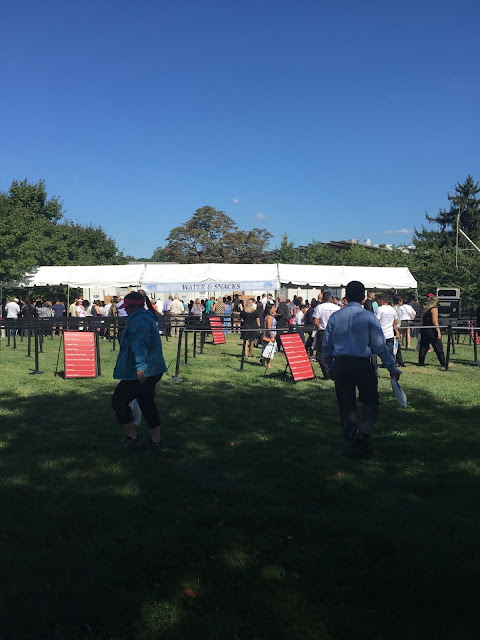 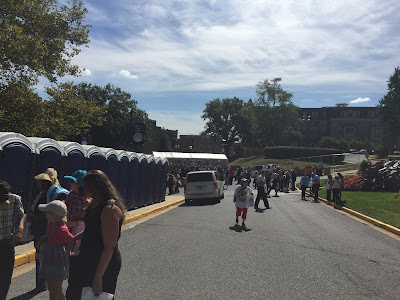 There were portable toilets available and portable stands to wash our hands, it was this cool contraction I had never seen. Forgive me if I sound silly for mentioning this, it was just so cool to me. 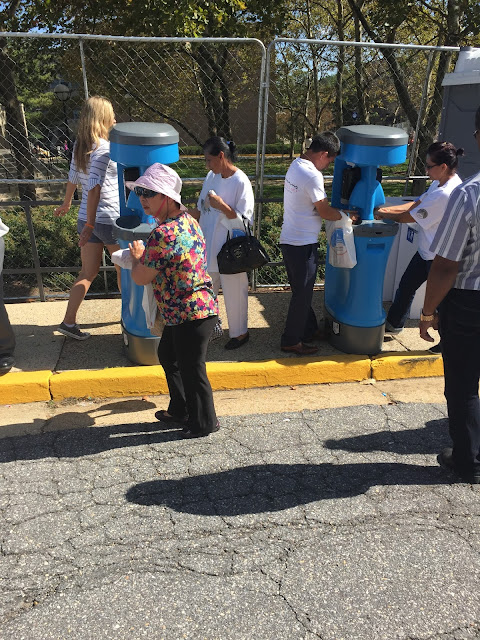 There were ATM stands positioned in different corners and luckily the campus had picnic tables with charging portals on them. Everything was well prepared, there was even a stand to refill drinking water for visitors. While waiting around before the mass, my friend and I walked the grounds of the venue. 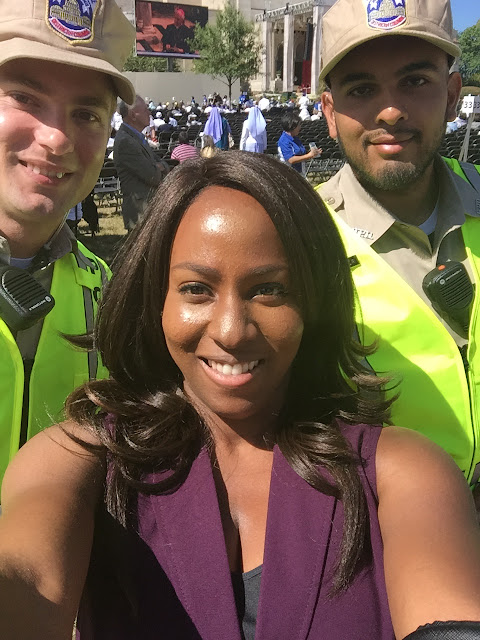 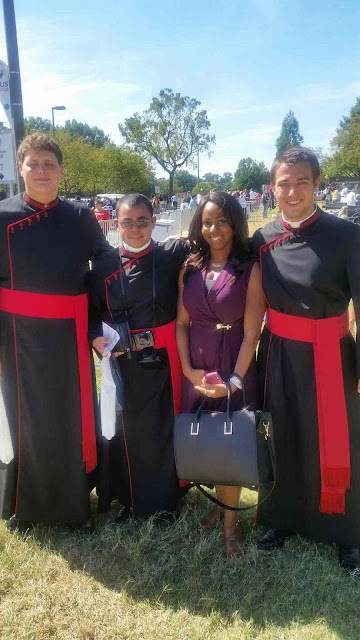 We practiced our interview skills on the ABC2 networks staff that were covering the event. That was a real thrill. Then we went over to chat with the nuns having lunch under the tree. 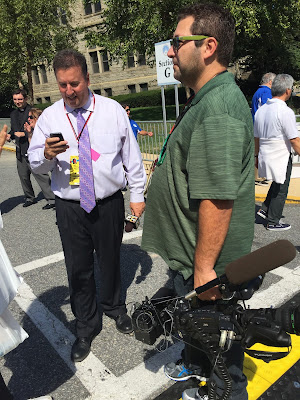 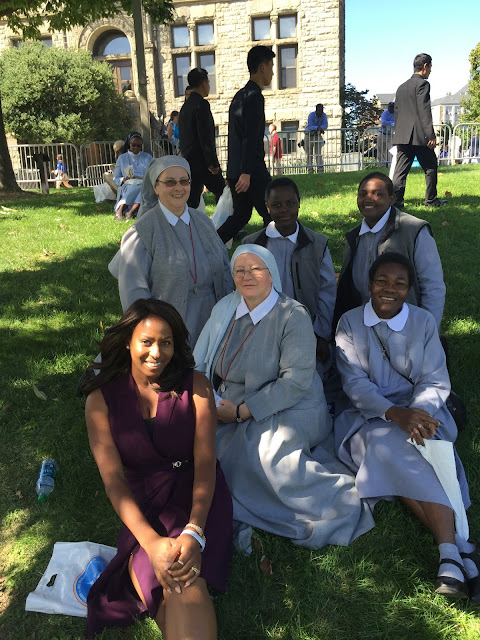 We went over to our section to get seated on the grass. The atmosphere was so electric. The music was heavenly, the wonderful choir got people dancing and having a great time.

The only thing left was for the Pope to arrive. Everyone waited for him to show up on the altar but as humble as ever, he showed up to greet us all outside before heading to give the Mass. It was a spectacular moment, people were so emotional, so excited! I really can't explain how good it felt. 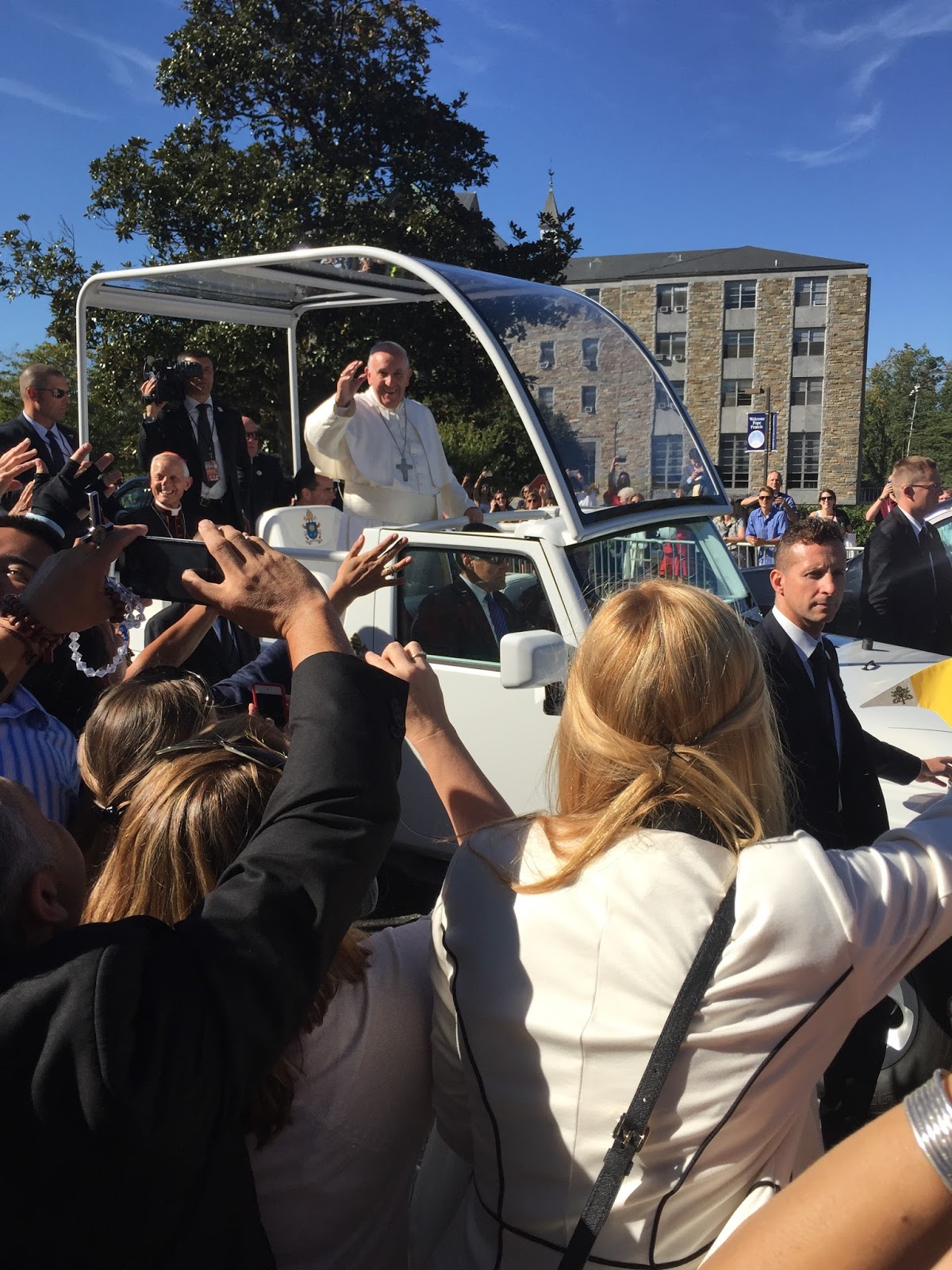 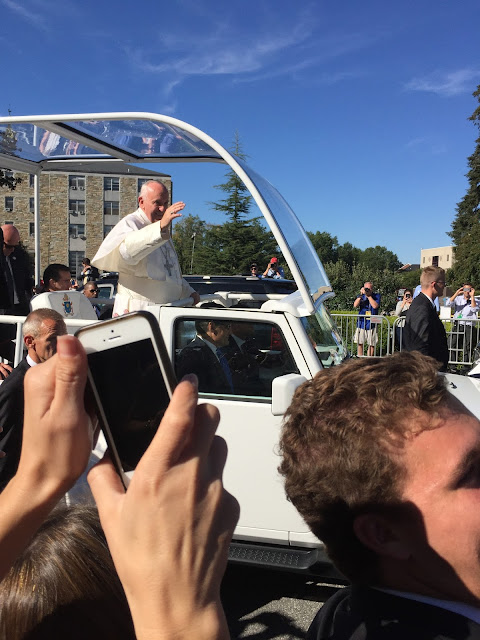 When I was asked earlier by the EWTN network of why I attended this mass, I mentioned that I was looking forward to the Popes message of peace and I tell you, that is exactly what I felt. For that moment he arrived, there was joy, there was peace and there was unity. I met people from all walks of life who were all there united for a positive message. It felt great to be a part of that.
at September 24, 2015