My last two weekends here in Washington, D.C seem to have revolved around monuments and memorials. I've visited the National Mall over and over but I suddenly decided to take my time and tour around with my daughter and my sister who knows the city pretty well. We started our tour right by the Washington Monument, parked over at Constitution Avenue and were practically heading to the White House for the millionth time aka Uncle Obama's House. With the sudden drop in the weather, the crowd was moderate and gave us plenty of access to take cool pictures. 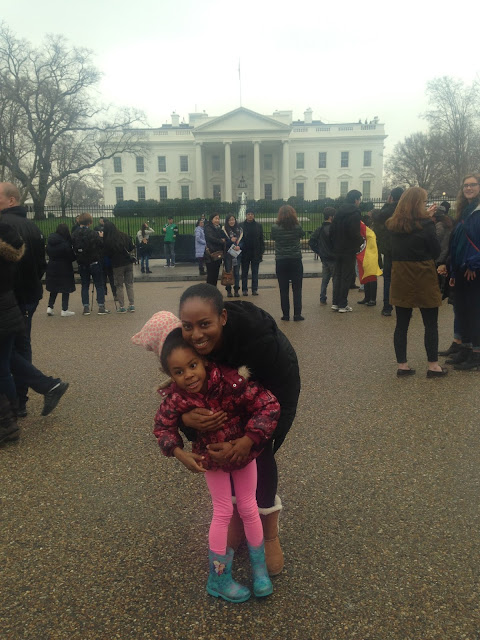 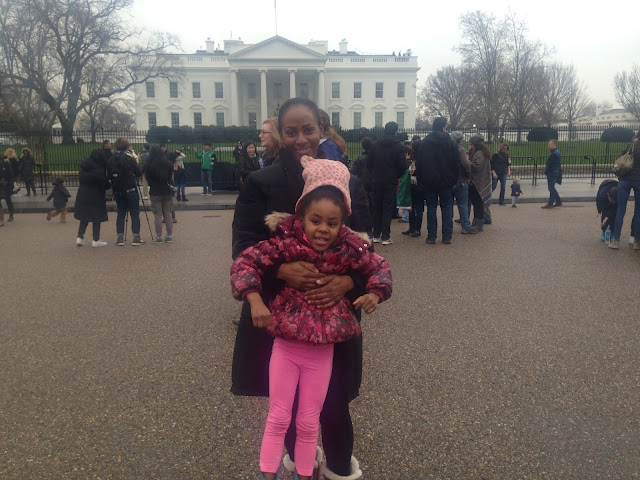 Tip: Parking costs about $2 an hour all around the National Mall area or just jump on the Metro and take the blue, silver or orange line towards McPherson Square and take the exit heading to the White House.


After that, we walked down to the National World War II Memorial. For some weird reason I had never taken note of this but with my personal tour guide, my sister the future landscape architect, I was able to get a good tour of the remarkable memorial. 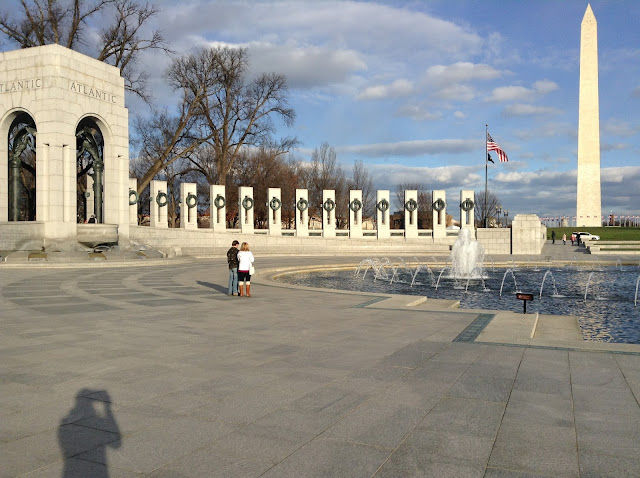 We got to see the great Washington Monument across from the World War II Memorial. 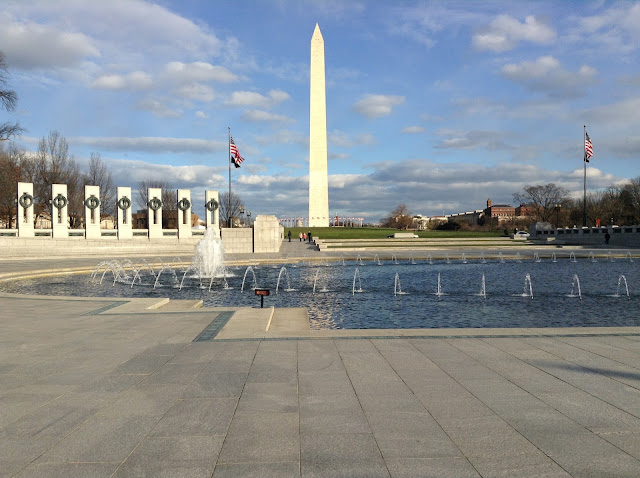 
Tip: Parents grab your strollers because all this walking would require nap time for most kids.


So my little one fell asleep during the tour but luckily I came prepared with a stroller. My sister and I continued our tour and walked down towards the Lincoln Memorial. Last year I sat right in front of this memorial for the 4th of July fireworks but then I didn't get to tour the inside. I had also visited the memorial when I was 14 but that was ages ago :) So this was the best time to pay Big Papa Lincoln's Memorial a visit. Everyone took turns taking pictures by the reflective pool just opposite and I just had to grab a piece of history this time around. 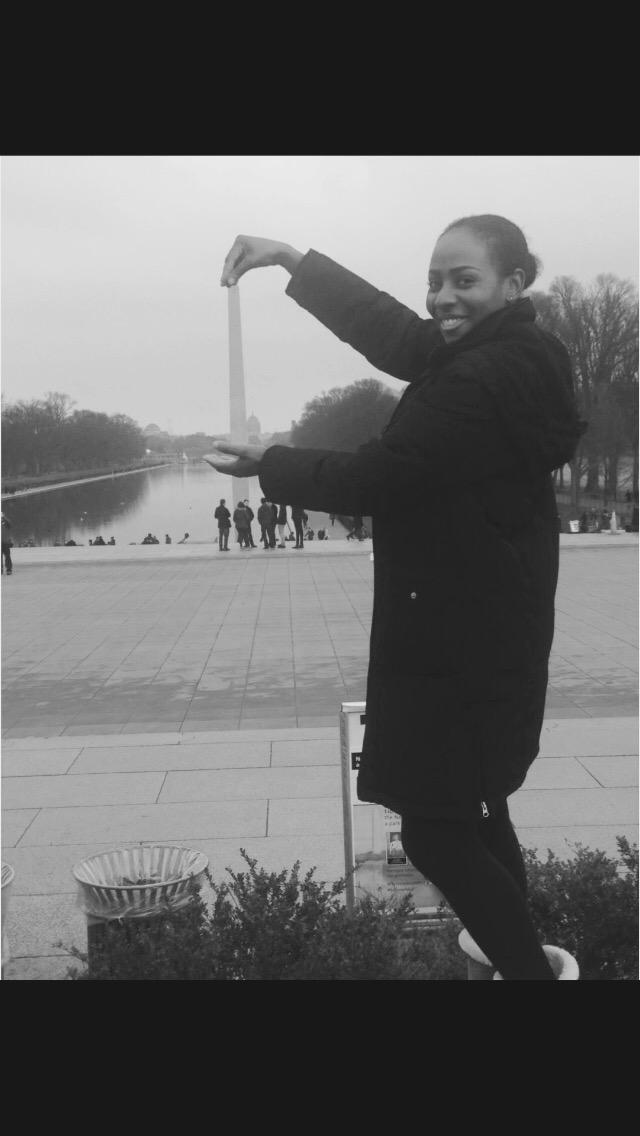 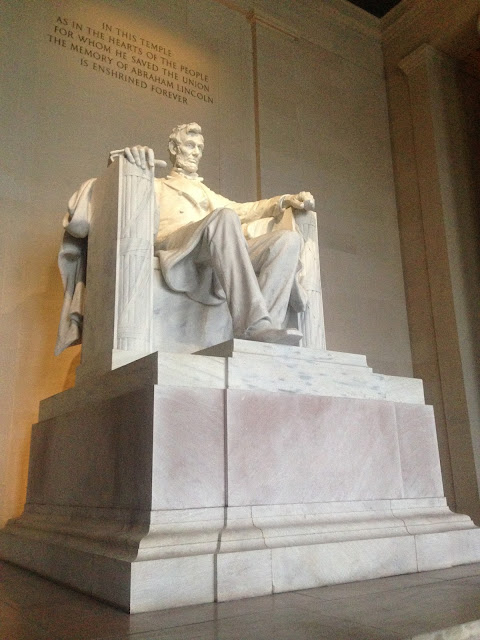 We then walked inside the Lincoln Memorial and enjoyed a brief history lesson at the entrance of the lower building. MLK weekend was coming up the next week so there was plenty history about the great Martin Luther King's speech given right by the Memorial.