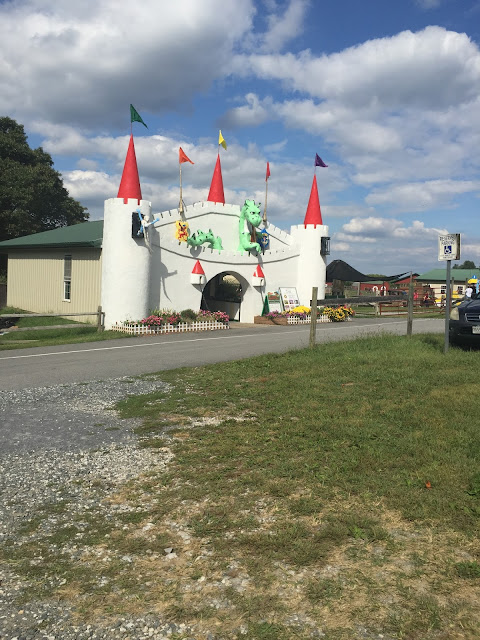 Who knew there were dinosaurs and dragons in Maryland? At Clark's Elioak Farm down in Howard County, there is a thin line between fantasy and reality for the kids.  I thought it would be exciting to take my daughter to a petting farm but getting there I got more than I expected. At the farm, there were lots of creative structures imitating houses and characters from old story books. I remember growing up with a kid Encyclopedia that had many tales and nursery rhymes I forgot about over the years but the farm gave me a reminder. The first thing you see walking in to the farm is this huge colorful house, for those of you who know the tale of Goldilocks and the three bears, you are in for a treat. The structure was one of the many exhibits for the tales and rhymes from way back then.

Tip: Costs $6 to get in the Farm but parking is free. Also, they have arrangements at the farm for birthday parties. 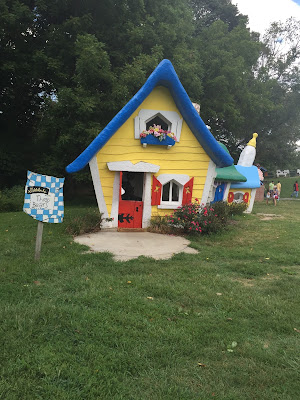 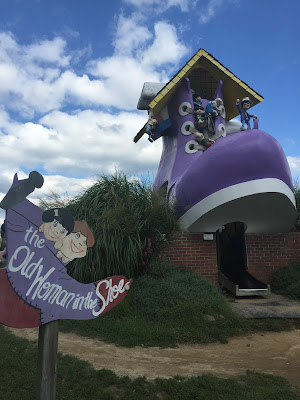 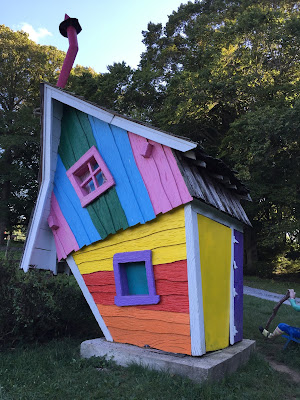 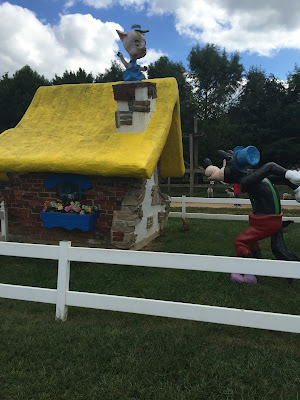 Tip: Snacks and drinks are sold by the entrance of the farm & you can get freshly packaged meat too, no chemicals here. The farm has portable restrooms.

We went on a tractor ride as soon as we got in, for each passenger it costs $2. We jumped in to the passenger's seat which was a line up of cows, perfect for a visit to the farm. 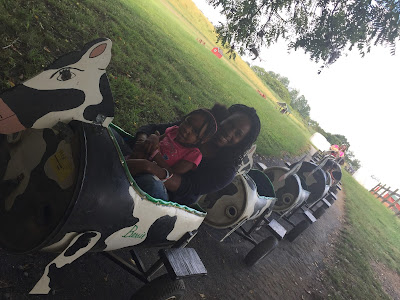 When we were done with that we went over to feed the goats, it costs 25 cents, a way of raising money for their feed.

This farm was its own amusement park with it's creative rides. Some people chose to ride on the big old tractor or go country style and get on a horse. My daughter wanted to ride the pony but the horse was on duty that hour.

Tip: Every ride cost $2 per person. Rides were free for grandparents & their grand kids on the day I went, so you can check out the link on the end of this blog for details of upcoming events and perhaps discounts. 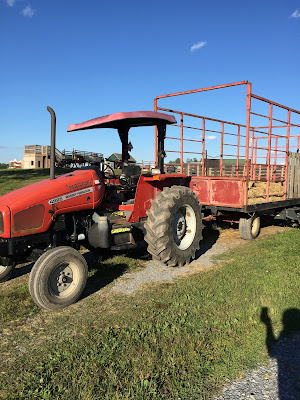 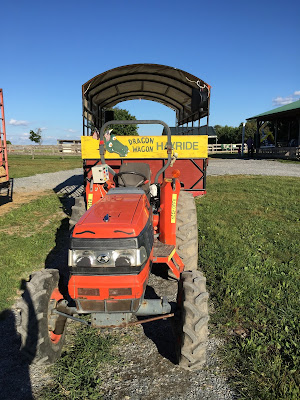 There was huge space all around for the kids to run around and a rest area with toys for them to play with. There were slides in different corners and for the little pirates, they had a pirate ship. 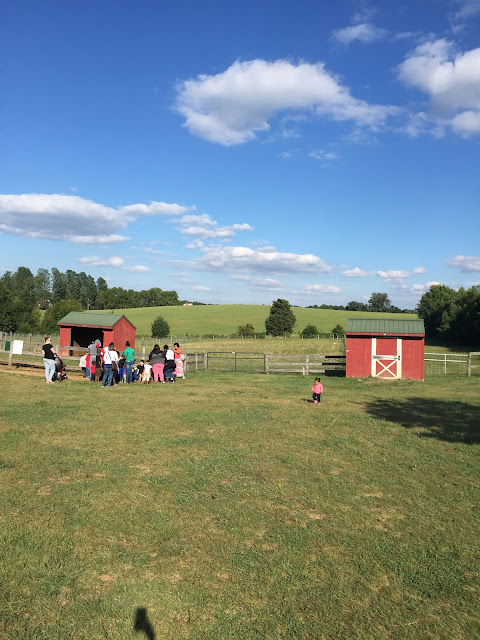 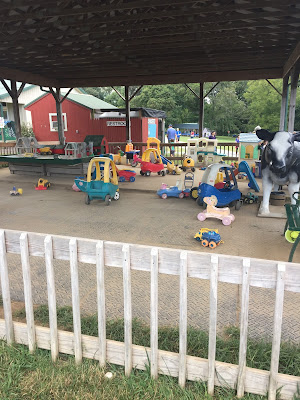 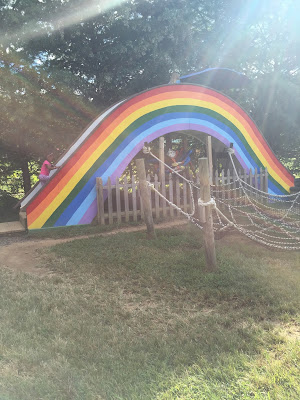 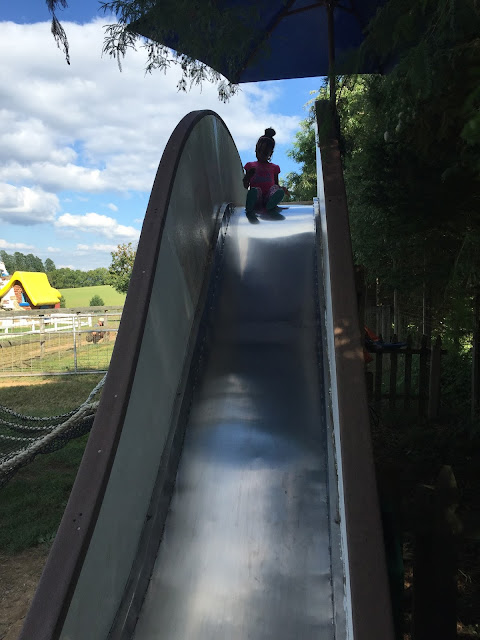 They also had an enchanted forest with some dinosaurs hiding out but that was another entrance with another fee of $5 per person. We didn't go in there but we got a view of one dinosaur. 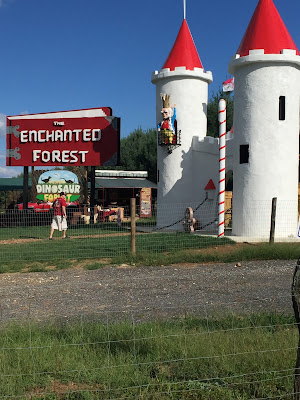 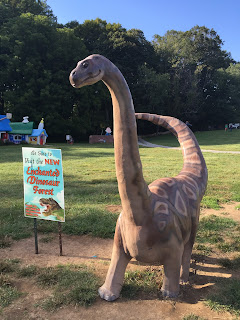 Tip: When you google Elicott City, one of the things that pop up is "Haunted Town". So I thought, what better spot to do pumpkin picking in preparation for Halloween than at this fun Farm. For more details, click the link below.